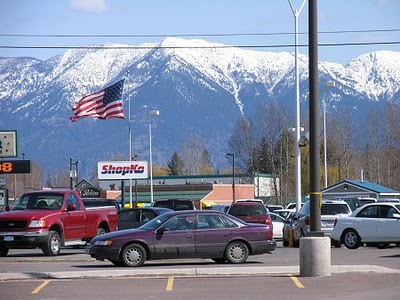 An American flag stands out against the view of the beautiful snow-capped peaks of the Swan Range from the ShopKo parking lot.

A grateful Egypt allows the family of Joseph to dwell in the land of Goshen. After 400 years we would expect these children of Jacob to be assimilated into Egyptian culture.

Instead we find them maintaining their religious and tribal identity. After all this time, these diehards still jump at the opportunity to flee to the land given by God to their ancestor Abraham.

God makes their escape good by parting the Red Sea and providing sustenance in the desert.

Now the strangest thing happens. While Moses attends a meeting with God, the Israelites start worshipping a golden calf.

After 400 years of maintaining the faith in a foreign land and now witnessing firsthand the power of God, these idiots bow to a golden calf. 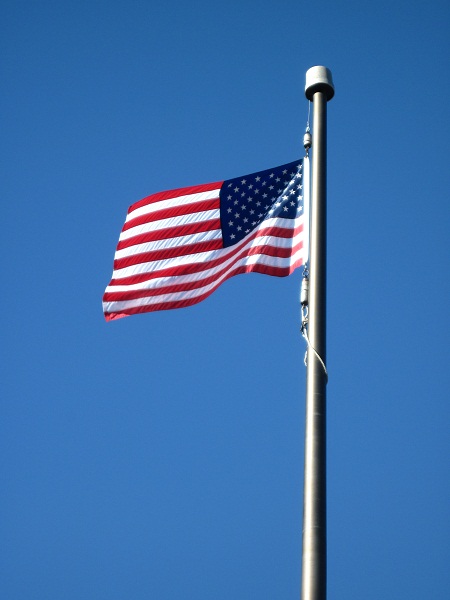 In America was created a land of free men governing a nation of the people, by the people, and for the people. As this nation grew, it opened its doors to a flood of immigrants.

The real Americans understood the danger of granting citizenship and freedom to this wretched refuse. These foreigners must be subjected to nationalistic indoctrination, and must repeatedly give a statement of faith.

A real American wouldn’t stand for this nonsense. An immigrant, on the other hand, couldn’t be trusted with unsupervised freedom.

After a time, we couldn’t differentiate the real from the immigrant Americans. Now no one can be trusted with the power of freedom. As Peter Parker once said, “With great power comes great responsibility.”

Instead of celebrating freedom, our children bow before this golden calf of nationalism.

In school, children pledge allegiance to the flag, and (as an afterthought) to the republic for which it stands. Which republic is that? In case their allegiance changes overnight, this affirmation is repeated the very next day.