Our neighbor David Letterman announced on his late night talk show, his marriage to long time girlfriend Regina Lasko. Okay he isn’t really our neighbor but he does live somewhere along the Rocky Mountain Front in Choteau, which is only about 77 miles as the crow flies from Kalispell. There happens to be a huge mountain range in the way and we need to go by way of Marias Pass to cross the Continental Divide to get there.

According to Letterman the wedding almost didn’t happen because he got stuck in the mud on the way to the ceremony.

“I get out of the truck and I walk two miles back to the house into a 50-mile-an-hour wind,” Letterman said.

A fierce wind no doubt, and I’m not surprised, as east of the divide is notorious for high winds, as mentioned in a previous post about the plains. And Grandpa Davey can surely identify with getting stuck in the mud these days, as leaving our driveway becomes a daily challenge.

Letterman continues his story by commenting that “It’s not Beverly Hills, but Montana…..”, and thinks as he walks back home, that this is what he gets for trying to get married.

A couple of years ago, we stopped at a museum in Choteau (the town where David Letterman’s place is) that was closed due to a lack of customers. It was mid April and we were on our way to Great Falls. Great Falls is along the Missouri River where Lewis and Clark had to portage and is also home of the Charlie Russell Museum. In retrospect, it isn’t surprising that the Choteau museum was closed considering it is pretty much out in the middle of nowhere and most tourist traps in Montana don’t open until May or June. We got out and looked around anyway and I took some pictures. I’ll leave you with that. 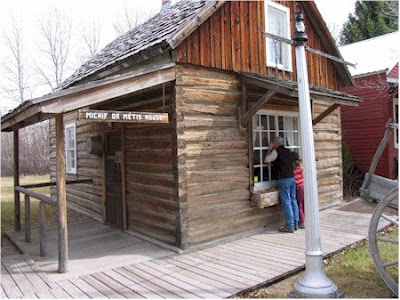 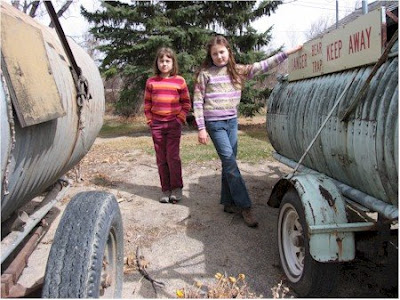 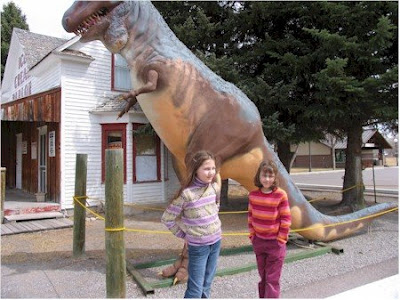 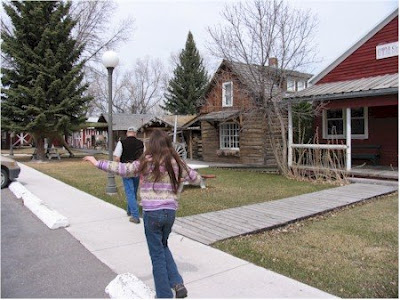