It all started with an email reply to “A Walk With Us”.  After receiving some pictures of my grandkids, I replied to my daughter Janice, with this question, “How did you do on your volleyball physical?“ She wrote back and explained that it was a complimentary physical for a health club and not for volleyball. She also described how it went. She confirmed my assumptions of her outstanding physical condition. After giving birth to nine kids, she is still slim, trim, and strong. I mean really strong. Trust me, you don’t want to mess with her.

After that, Free File Fillable Forms emailed to say that my tax return had been accepted. WOOHOO! It only took 4 tries. Yep, 4 tries. I made the mistake of confusing the computer by incorrectly tabulating  first and last names into the same space. I won’t go into any further detail but I will say that without all of this rigmarole, I would have had my refund by now.

The rest of yesterday and last evening was fairly uneventful until approximately 10:30 p.m. Mallory came into my room and declared that she had gotten Lens of the Day. What an honor! She began receiving LOTS of comments and seeing increased traffic to her lens titled 10 Ways to Keep a Great Diary.

For those of you unfamiliar with Squidoo, it is a free community website that allows users to create pages, called lenses in areas of their interest. You can earn money from home for yourself or donate it to charity.

Here are some fun facts about Squidoo taken from their Getting Started With Squidoo lens. 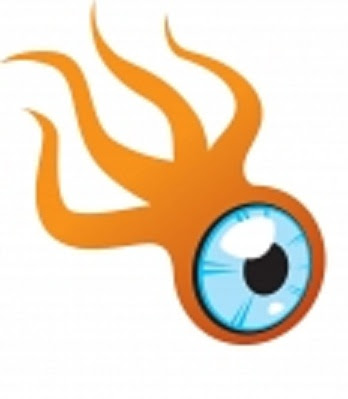 2. Squidoo has been reviewed by the New York Times, Mashable, BoingBoing and sites and papers around the world. But the reviews we’re most proud of: those from our lensmasters, who talk about Squidoo and their lenses on their blogs.

6. We launched the site with the tagline “Everyone’s an expert (on something).” We have since learned that while this is indeed true, most people are too humble to consider themselves serious experts. Rather, most people think of themselves as hobbyists, passionates, interested (and interesting) folks. And that’s what we’ve got here. Taglines are overrated.

7. We generate hundreds of thousands of dollars in annual royalties to charities and to our users.

8. There’s a Squidoo cookbook! In early 2009 Seth and Megan wrote The Joy of Squidoo: A Recipe Book for Great Lenses.

9. If you want to know more about Seth Godin, Original Squid and founder and bestselling author and blogger, look here.

11. Most of our best users aren’t here for the money. It’s just a fortunate byproduct of their passion and great content.

12. As of October 2010: More than one million people visit Squidoo (that means your lenses) every day. The more traffic one lens brings in, the greater the chances that visitor will see your lens as well. That means it’s good for you when your competition on Squidoo succeeds.

13. 100,000 people are subscribed by email to the Lens of the Day award and email, full of tips for making better lenses. Are you?

14. SquidU is our lensmaster-run community for teaching and talking about great lenses. It’s a great place to go if you need help.

16. Many of our lensmasters earmark their earnings for charity, and the Squidteam also makes donations to worthy causes throughout the year. So far, Squidoo has generated more than $500,000.00 to charities around the world, including Acumen Fund, charity: water, Room to Read, the Juvenile Diabetes Research Foundation and literally hundreds of others. We hope you’ll join us in creating positive change in the world.

I don’t like Mondays. But yesterday wasn’t so bad. Nice work ladies. And the check is on its way.

Oh, and if you want to be an angel, or get blessed by an angel, or hang out with some giant squids, you may want to try Squidoo.

Mallory has lots of other lenses too. Check them out here.

Thanks for stopping by.

2 thoughts on “Mallory Makes Lens of the Day on Squidoo!”