Several trees and a park bench, on the lawn of the Hockaday Museum of Art, have been bombed! 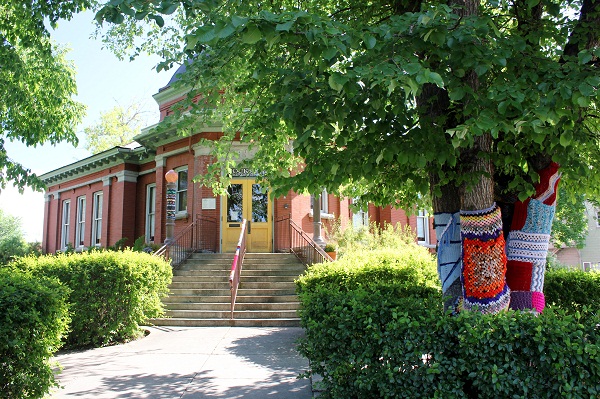 What is Yarn Bombing

Have you ever heard of yarn bombing, guerilla knitting, yarn storming, or urban knitting?

Am I the last one on the planet to hear about this form of street art?

Being one of the first to get a computer and cell phone in the ’80s, (although the last to get a microwave oven) it is a little surprising that I am behind the times.

Urban knitting has been around for years, with the first recordings of it dating back as early as 2004 in Den Helder, Netherlands.

Then, in 2005, a group of Texan nifty knitters gathered their leftover projects and created a yarn storm.

Hmm, where have I been?

The idea is to change public spaces into colorful displays of street art.

The works of art may be knitted, crocheted, macrame, or strung single-stranded.

Creations made of yarn can last indefinitely.

However, yarn art is considered non-permanent.

With this in mind, if case you get the urge to go storming, yarn bombing is considered defacing public property.

For this reason, it’s illegal unless you have permission to create the art – as in the case of the yarn bombing exhibit which covered trees at the Hockaday Museum in my Kalispell neighborhood.

I went out and took pictures of the crafty creations on the lawn of the Hockaday Museum of Art. 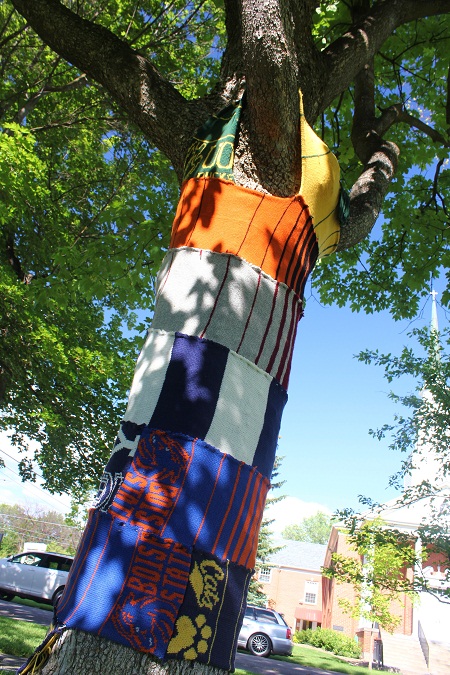 Colorful but my least favorite yarn bomb at the Hockaday Museum of Art.

The second tree displayed patriotism.  This yarn bomb has a patriotic 4th of July flair. 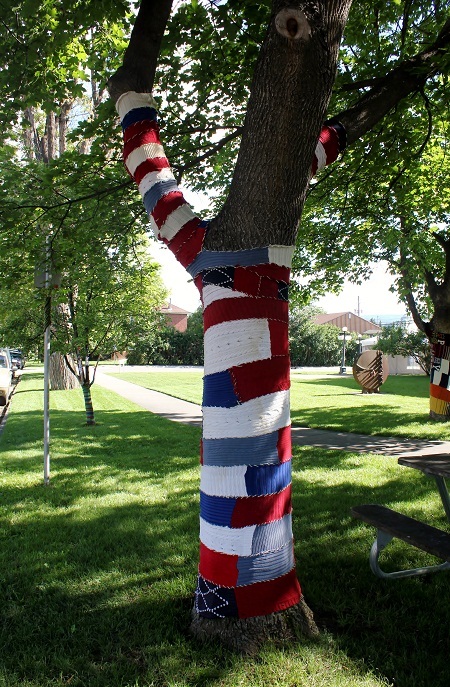 Next up. An interesting, cool, funky, chic yarn art. 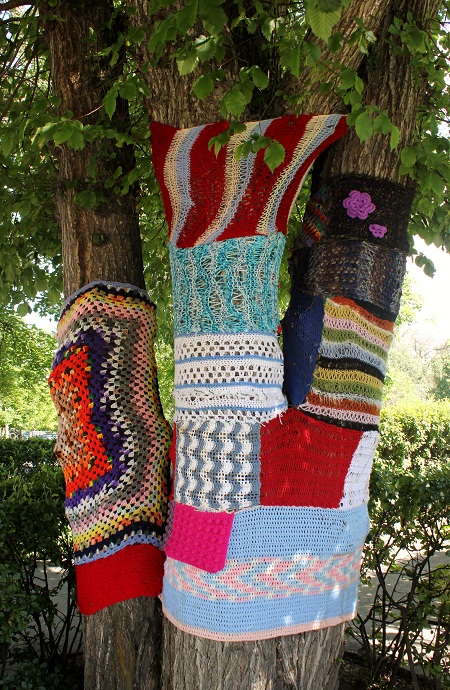 Kind of a mish-mash of knitted yarn bombs.

Then, there’s what I call the storming up the light pole design. 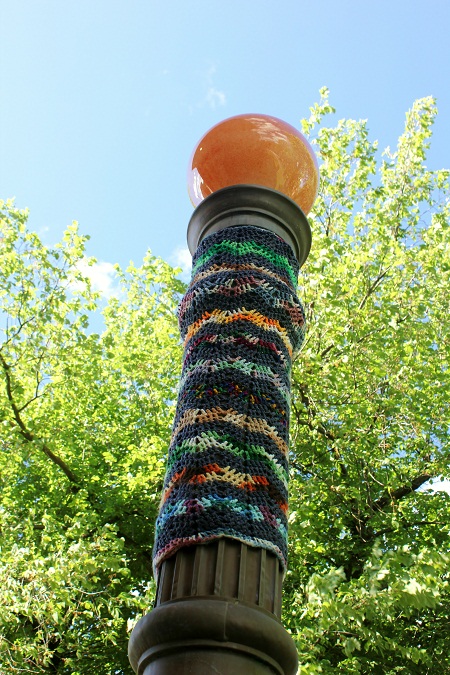 Finally, we see an example of a yarn storm wrap.

Notice the yarn is simply wrapped around the tree trunk and branches.

This decoration of yarn art is my absolute favorite creation of all the trees. 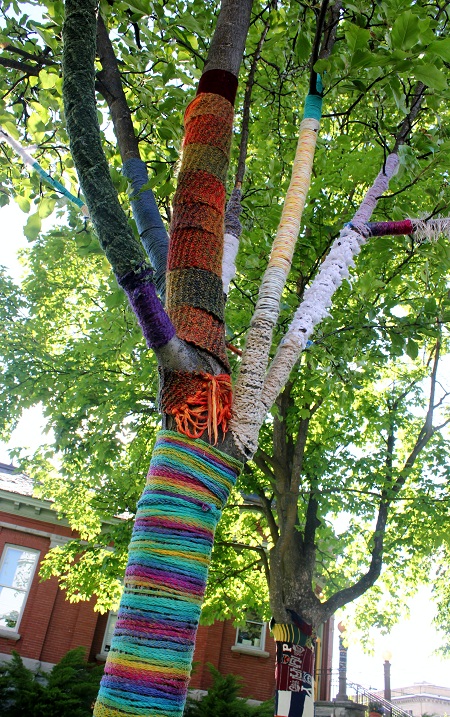 About this next yarn creation, a follower of my 365 project commented that it looks like a tree with pants.

What a clever sense of humor!

And, yes, I agree. The storm art looks like a tree person, perhaps doing a handstand, with their legs in the air sticking out of their knitted pants! 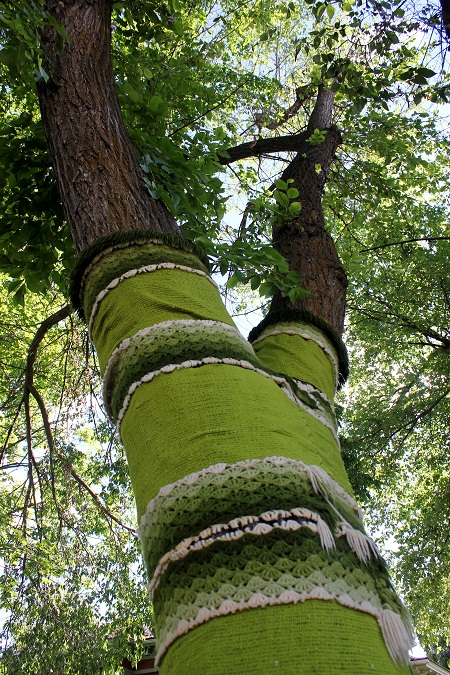 When I first noticed the lawn of the Hockaday Museum of Art with decorated trees, I had no clue what was going on.

Of course, I knew it had something to do with art.

It didn’t cross my mind that it was a popular form of knitted urban graffiti.